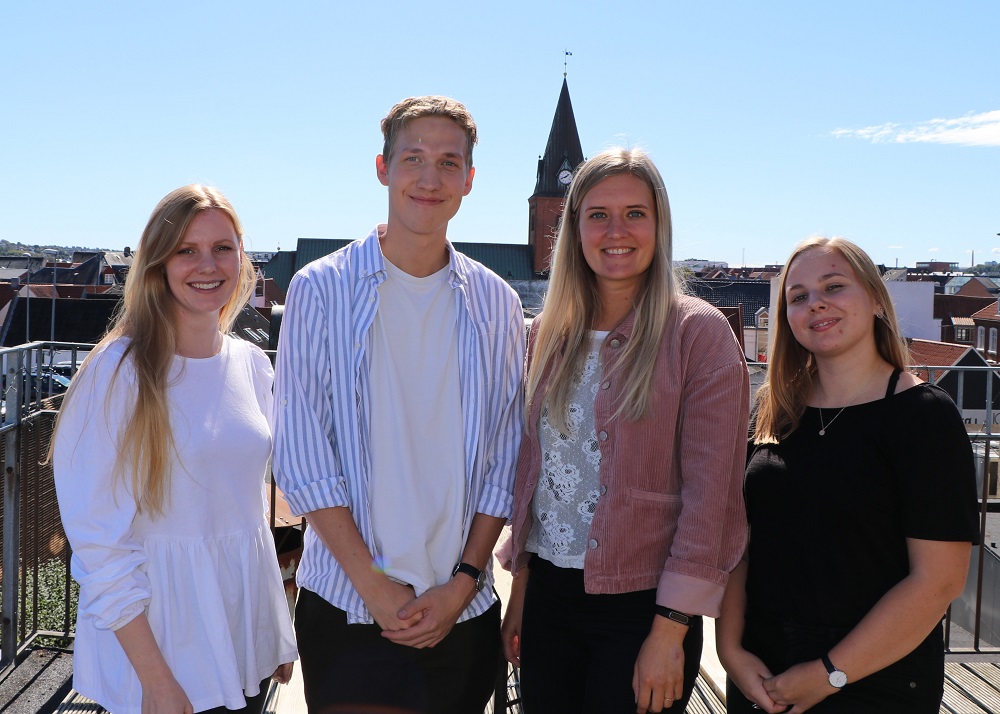 The people, behind the company HOP, with these ambitions are Carina Lykke Svindborg, Mie Engsholt, Kasper Poulsen and Anne Bloksgaard Borg.

The idea and concept of HOP occurred when Carina and Mie volunteered at a camp in Ireland where they engaged in therapeutic recreation for kids with serious illness. Carina and Mie were very impressed and inspired by the great improvement and personal development each kid went through during one week of therapeutic play. When Carina and Mie returned to Denmark they thought ‘this must be something we can bring into another context ‘.

“We thought we had a great idea that someone should carry out, and if you don’t do it yourself no one will.”

The idea of helping other kids through therapeutic play were so motivating, that they could not let it go. Therefore, Carina and Mie decided it was something they had to develop further themselves and signed up for the Startup Program at SEA.

The unexpected turn to becoming an entrepreneur

Carina and Mie met at their first day of school at International Business Communication at AAU. Back then, they were not interested in entrepreneurship and was not aware that they someday were going to start their own company.

“One professor said; ‘2% of the students participating in this class will someday develop their own company’ – I thought to myself, that sounds great… but it is not going to be me”.

Today Mie and Carina have finished their studies and started the company HOP with Kasper and Anne. Kasper has always been interested in entrepreneurship and participated in Startupdating at SEA, where he met Carina and Mie and became a part of the team. Anne had the professional knowledge and competences of children that they needed, so she also joined the team too.

“If you have an idea, you can always find the people you need.”

Despite that Kasper was the only one who in advance had been interested in entrepreneurship, they got together and formed a team. They had a common desire and motivation for helping kids, which made them forget the worries and insecurity they always had associated with entrepreneurship – and they signed up for Innovative Growth at SEA.

HOP has been working closely with SEA and participated in both the Startup Program, Satrtupdating and now they are a part of Innovative Growth. When cooperating with SEA you are assigned mentors, who will guide and help you develop your concept in a business-orientated perspective. However, the mentors of HOP have been extremely supportive, which has been needed because entrepreneurship not always proceeds as expected.

“They believed in the idea even though we did not ourselves”

The team both enhances the advantages and freedom of being an entrepreneur but also the challenges. Entrepreneurship can be unpredictable which is why the support and guidance of their mentors has been essential for developing the company and the team. They mention how each one of them has overstepped their personal boundaries during their participation and cooperation with SEA. They have developed and improved in person and gotten the courage to become an entrepreneur.

If you want to read more about SEA and see which programs, you can participate in click here.

Or are you interested in knowing more about HOP and their journey as an entrepreneur click here.