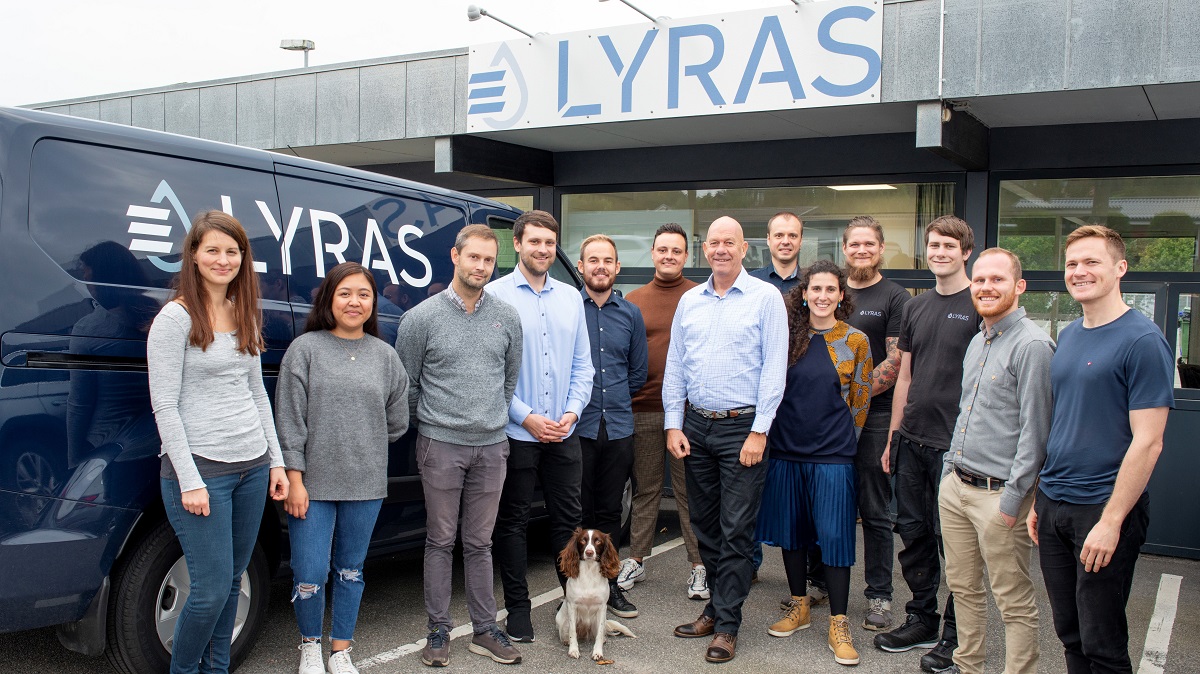 An invention, which started as a candidate thesis at environmental technology at AAU, will in a few years have changed the food processing industry, not only in Denmark but internationally – which is what the co-founder of Lyras, Rasmus Mortensen, assures us.

He has invented a method with UV-technology, which can replace the known method of pasteurization, where milk and other liquid foods are heated and then cooled. Lyras’ UV-light method Cold Pasteurization can achieve an energy reduction rate of more than 90% and water reduction rate of 60%, which significantly will simplify the process and minimise the extend of machines thus the space that otherwise is necessary for pasteurization.

”Everyone thinks it’s exciting but no one believed it could be done. It’s a process that has been used for 150 years, which we are changing. And I wasn’t sure that it could be done either. I started in 2015 and it wasn’t until January this year, that I became completely sure it actually could be done.” – says Rasmus Mortensen, co-founder and CEO of Lyras.

Cold Pasteurization is a sustainable revolution. Lyras has already launched a full functional installation for milk and is now working at developing the same solution for juice and beer – which is already tested in collaboration with Carlsberg. If Rasmus Mortensen haven’t had the support and help from mentors at AAU’s Startup Program he might haven’t come so far in developing his business, because it basically was a mad idea he had back in 2015.

“Even though you know UV-light from water supplying systems, it doesn’t make sense to start develop an UV-solution for milk, because milk clogs the light extremely well. But when you have designed the system, and it works then its simple” – says the modest entrepreneur from North Jutland about his invention, whom at the moment has agents in Europe and Australia and is about to launch in Asia and Brazil in the beginning of 2021.

Responsibility for humans and the environment

Sustainability is common for everything that Rasmus Mortensen does - from idea and concept to product – it’s all over his business. It even appears in the HR-manual, that Lyras developed when they started facilitating internships for students, because they wanted to make sure that everything was in order, when being responsible of students. The awareness of this responsibility even shows in the mattress, which modest has been placed in the corner of the warehouse, but is an indication of everything else than the entrepreneurial cliché of working non-stop:

”I try to get employees to go over here and take a powernap during the day – if they need it. I am very aware of keeping a working week of 37 hours. I don’t believe that we can do this, if we doesn’t have balance in life” – says Rasmus Mortensen

From the living room floor to strategy

The adventure of Lyras started as a candidate thesis written in a student apartment, which later on became a part of AAU’s Inkubator-program, where they were provided entrepreneurial guidance and an office for working. The opportunity of participating in the program was a huge help for Rasmus Mortensen, whom at the time already had employed an intern and filled his student apartment with prototypes and other equipment.

”You can just get so much help, and I feel like I have been welcomed. I would definitely advise other students to get all the guidance, they can get” - says Rasmus Mortensen.

According to Marie Fallgaard Mortensen, who is the leader of AAU’s entrepreneurial unit, then Rasmus Mortensen’s willingness to learn is the recipe of the success Lyras has today.

”At our entrepreneurial programs you get help form professionals, who supports you in the process of developing the great idea further into a product. But we are also very aware that startups get in touch with other students, with other competences than they provide themselves. If you for example are three engineers, who have a brilliant idea, they might still need help with branding – which is where we have a talented range of students as an university.” – says Marie Falgaard Mortensen.